Skip to navigation
Protect
Your
Rights! Schedule a Free Consultation

Frank A. Malocu
Attorney at Law 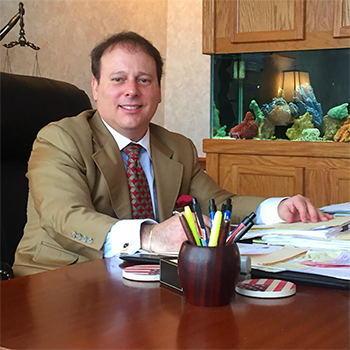 In 1991, I earned a Juris Doctorate Degree (law degree) from the University of Dayton School of Law. While attending law school, I received the American Jurisprudence Award from my Insurance Law professor for obtaining the highest grade in the class.

I was licensed to practice law in Ohio that same year (1991) and immediately established a private law practice in downtown Dayton, Ohio across the street from the courts. I have been in the same office building for over 30 years! I also proudly served as a Magistrate in the Montgomery County Common Pleas Court from 1992 until 2000 for The Honorable Judge George Gounaris.

During my 30 year career, I have focused my law practice on Divorce, Criminal Defense, OVI/DUI Defense, Traffic Law and Personal Injury cases so that I could become proficient in these areas and provide the best possible legal services.

I received the Appointed Counsel Award from the Montgomery County Common Pleas Court for my representation of indigent defendants, and the Top 10 Attorney Award (for Ohio) from the National Academy of Criminal Defense Attorneys. I have been interviewed by local and national news media, including The Associated Press, and had the distinct privilege of arguing in the Supreme Court of Ohio. Some of my cases set legal precedent, which means they impacted the status of the law in Ohio.

I was invited into the prestigious National Trial Lawyers, Top 100, and Ohio Super Lawyers which is only attainable by a small percentage of attorneys in Ohio. I am rated "Distinguished" by Martindale Hubbell, and "Superb" by Avvo.com which is the highest rating for attorneys. I am rated A+ by the Better Business Bureau, and listed in Who's Who in American Law.

I have earned the respect of my peers in the legal community, and have built long-lasting, professional relationships with judges, prosecutors, attorneys and other individuals that serve in our system of justice. My MISSION has always been, and will always be, to make sure my clients are treated fairly no matter their race, sex, sexual orientation, religion, age or any other trait that sets them apart from others. I certainly have the experience and success that my clients need, and I am very happy to help them through difficult times.

...With liberty and justice for all.

During my career, I’ve received recognition for my dedication and contribution to the practice of law, and I am very proud that I received the prestigious National Academy of Criminal Defense Attorneys Top 10 Award for the State of Ohio; that I was invited into the prestigious National Trial Lawyers Top 100; that I received the Appointed Counsel Award from the Montgomery County Common Pleas Court; that I am rated “Superb” by AVVO.com which is the highest rating for lawyers; that I am rated “Distinguished” by Martindale Hubbell; that I was listed in Who’s Who in American Law; and for being rated “A+” by the BBB.